Here are some photos from Fluffystuff, a fiber fair held on Saturday at the Inn at East Wind in Wading River.  I have been fighting a cold or something and have been exhausted since Friday -- which is my explanation for taking such lousy photographs and why I can't put text under each photo to tell you who's booth was whose.  Jeez.
From top to bottom:  Barbara Blossey Chuvalas, Basket Garden Farm, thimblefolk & The Paisley Studio (that's me and Barb), Beth from Felt at Fernwood, Zoe from Hampton Artisic Yarns, Susan Borger, buttonshow and Sew Faux,  Now and Zen, and Long Island Livestock Company. 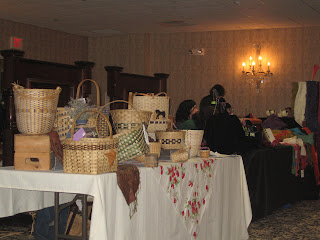 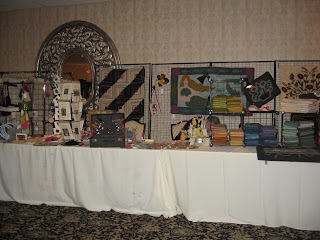 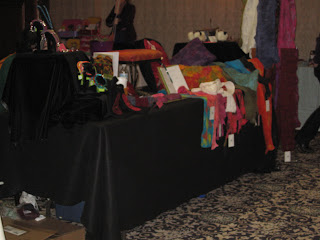 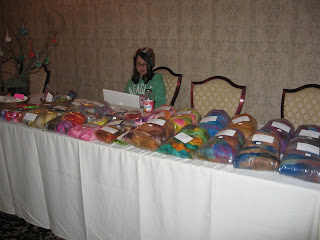 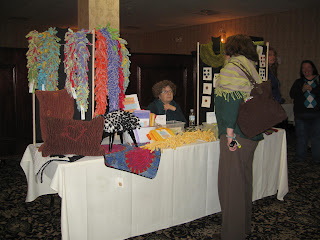 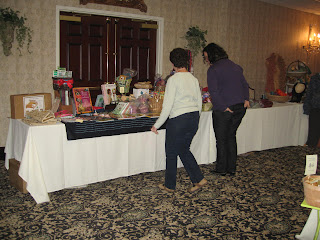 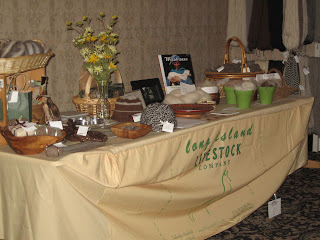 Posted by The Paisley Studio/Sarah McNamara at 7:21 AM 1 comment: 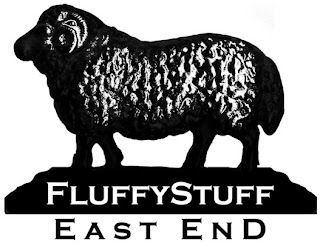 Barb and I will be vending at the 2nd Annual Fluffystuff East End Fiber Festival this Saturday, March 27, 2010, 9 am to 5 pm, at the Inn at East Wind in Wading River, New York.  There are vendors, obviously -- demonstrations, knitting and spinning circles, used fiber equipment, and goody bags for the first 50 people to arrive!  Click here for more info: Fluffystuff East End.  Hope to see you there!
Posted by The Paisley Studio/Sarah McNamara at 6:24 PM No comments: 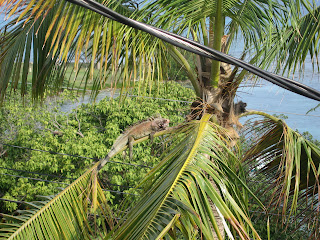 Because my friend Susan did not travel to St. John with us this week, I have been forced to adopt  a new companion for my daily Kaffee Klatch.  I don't know his name, but he is quite handsome and personable.  Susan will be appalled -- she probably hates iguanas as much as she hates guinea hens, another creature I am very fond of.  Have no fear Susan, I'll be back soon and we will once again klatch at Aldo's!

We are enjoying our vacation, soaking up the sun, snorkeling a lot, and eating good food.
Posted by The Paisley Studio/Sarah McNamara at 7:19 AM 2 comments:

Our week started with a call from one of Pete's siblings telling us his mom was in the hospital.  We were all worried -- she will be 90 this year -- and thought we might be heading north to Wisconsin on Saturday, instead of south, as we had planned.  But she's a trooper, and she's doing well.  She had a TIA, a tiny stroke, and is recovering and taking all the necessary steps to remain healthy.

We spent midweek winding up our work commitments and unearthing our snorkel gear and swimsuits.  By Friday, I felt completely prepared and was settling into working on an update for American Folk Art, when all hell broke loose.  My not-even-one-year-old kitchen faucet broke and I had a geyser the size of Old Faithful in my new kitchen.  I had water dripping from the ceiling, the windows, the cupboards, the computer -- everywhere.  I grabbed every dishtowel out of the drawer and screamed for Pete.  It wasn't the cold water, either -- it was the hot and it got hotter with every passing second.  Pete turned the water off, I called the plumber and within 3 minutes -- yes, three minutes -- the plumber was knocking on the door.  Turned out he was right next door.  We went down to the plumbing store and bought a whole new set up.  He went back to the house and I ran to the grocery and by the time I got home, he had the faucet installed and was drying my cupboard doors.  I love small town life.

I was so riled, I gave up on my AFA update and just packed my bags.  I listened to the news all night -- another nor'easter was bearing down on us.  We left at 4 am in torrential rain.  The drive was hairy, especially on the Belt Parkway in Brooklyn.  We almost ran over the back end of a car in the right lane.  Earlier, on the Long Island Expressway, a car spun out and was facing us in the left lane.  Scary stuff.  But we made it to JFK with plenty of time to spare.  We were delayed for more than an hour waiting for a plane from Salt Lake to make the connection, but by 2 pm we were basking in the bright Caribbean sun, surrounded by beautiful blue water -- no plumber needed here!
Posted by The Paisley Studio/Sarah McNamara at 2:04 PM 1 comment: 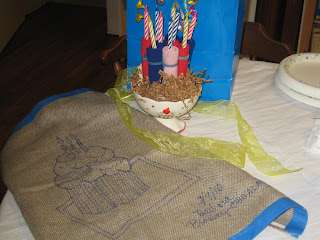 My rug hooking guild, the Peconic Ruggers, had their monthly meeting last night.  Each month we have a raffle.  For fifty cents, you can buy a chance for a basket of goodies provided by the person who won the month before.  Because she won last month, Barbara the basket maker turned rug hooker brought the goodies -- a very clever birthday cake make of wool -- complete with candles-- and a pattern of a cupcake. And what was this clever girl's inspiration?  It was her birthday!  And she turned down dinner out with her husband to come to our meeting!  Can you tell she's hooked on hooking?

Happy Birthday, Barbara!  You are one in a million and a great asset to our guild.
Posted by The Paisley Studio/Sarah McNamara at 2:07 PM 2 comments:

I'm All Tweeted Out

I received two emails this week notifying me that someone had hacked into my twitter account and was sending sex spam to all my followers.  I was not alone.  I did everything they told me to do -- changed my password, disconnected my connections -- but it happened a second time.  So . . .  I deleted my account.  I wasn't a very good bird anyway and I doubt anyone will miss me.  If you received sex spam from my account, I am sorry.  Now you'll get it from someone else!
Posted by The Paisley Studio/Sarah McNamara at 12:52 PM 1 comment: